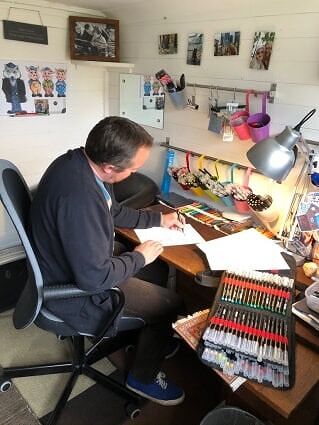 I live with my young family in the Wiltshire countryside along with the soppiest ginger fur ball and the tiniest elderly tabby cat.

I can often be found in my studio in the garden creating work in a myriad of media from paint and pencil to charcoal and photoshop. I love the opportunity to work with both new and established authors in bringing their stories and characters to life. My usual commissions are for bold and colourful animals getting up to all sorts of capers but I do also offer different styles depending on the clients requirements.

My past careers as a teacher, zookeeper as well as other current sidelines of storyteller and charity/museum educator allow me to bring plenty of knowledge and ideas to the work I create.

When I'm not in the studio I like to be out and about on my 'rickshaw-esque' trike with my son backseat driving and playing my guitar and mandolin (but not all at the same time!) 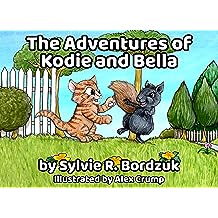 The Adventures of Kodie and Bella Oct 22, 2021
by Sylvie Bordzuk, Alex Crump
( 7 )
$4.99
The Adventures of Kodie and Bella is about the friendship between a curious kitten (Kodie) and a charming squirrel (Bella). When a fun day at the park takes a wrong turn, Kodie asks a kind family for help, and the two friends learn some very important lessons.
Read more
Other Formats: Hardcover , Paperback 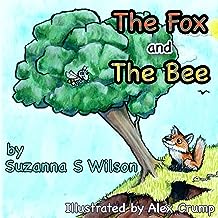 The Fox and the Bee Jul 12, 2020
by Suzanna s Wilson, Alex Crump
( 11 )
$4.14
A charming tale highlighting how important bees are to our ecosystem and what would happen if they became extinct. Beautifully written and expertly illustrated this book will really capture the minds of the younger generation. The fox and the bee is also filled with many other animals that your child will love to point out.
Read more
Other Formats: Paperback 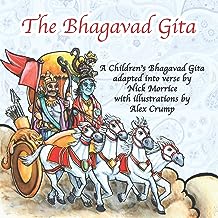 A Children's Bhagavad Gita Nov 28, 2020
by Nick Morrice, Alex Crump
( 4 )
$3.98
The Bhagavad Gita, or 'Song of God', is an ancient Hindu scripture which is part of the Indian epic known as the Mahabharata. It comprises a conversation between Prince Arjuna and his guide and charioteer, Lord Shri Krishna, on the eve of the Battle of Kurukshetra.
Arjuna is filled with despair about the violence and deaths the war will cause in the battle against his own kith and kin, and seeks comfort in the wise words of Krishna.
This is an abridged version created for children, conveying the colourful vitality as well as the wisdom of the original scripture.
Read more
Other Formats: Paperback 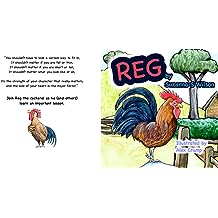 REG Aug 28, 2020
by Suzanna s Wilson, Alex Crump
( 5 )
$4.07
The enchanting tale about a cockerel that was rejected by his flock for looking drab and having no crow. He befriends a mouse that cares for him whilst he grows into a magnificent cockeral. Now looking stunning and having the most amazing voice the flock now decide they what him back. What does Reg decide? Well written and beautifully illustrated, this enchanting book will capture the attention of the younger mind, whilst also reminding them of an important quality, to be kind always.
Read more
Other Formats: Paperback 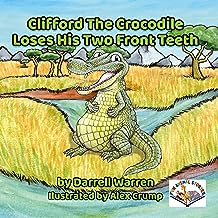 Clifford The Crocodile Loses His Two Front Teeth (Fun Animal Stories) Nov 14, 2021
by Darrell Warren, Alex Crump
( 4 )
$9.40
Clifford The Crocodile is a little lazy and doesn't look after his teeth very well. Clifford has a nasty surprise , so he has to go to see Danny The Dentist.
But things don't work out as he had hoped.
What happens at the dentist and what does Clifford decide to do? 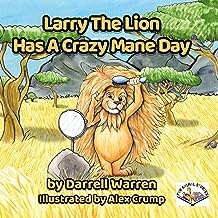 Larry The Lion Has A Crazy Mane Day (Fun Animal Stories) Jun 23, 2021
by Darrell Warren, Alex Crump
( 14 )
$3.84
A fun picture book about Larry The Lion plus other lion characters plus a few more African animals for 2-6 year olds.
An excellent read for parents and grandparents for bedtime as well as teaching to read. The book even incorporates a moral to be discussed between adult and child.
The first book in a series of similar stories for the pre-school age range
Read more
Other Formats: Paperback 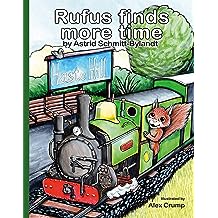 Rufus finds more time Feb 10, 2021
by Astrid Schmitt-Bylandt, Alex Crump
( 19 )
$4.01
Have you ever been to Haste Hill? Yes, it’s really called Haste Hill. It is quite close to London, near a place called Ruislip. The area is so beautiful – it has truly magical woodland that you would never imagine existing anywhere so close to a big city like London. You will have to visit it one day and see it with your own eyes otherwise you might just not believe me. So, it is here, that a little squirrel called Rufus lives.
Read more
Other Formats: Paperback 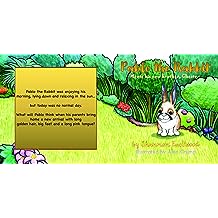 Pablo the Rabbit : Meets his new brother, Chester Nov 5, 2020
by Shannon Eastwood, Alex Crump
( 13 )
$9.19
Pablo the Rabbit was enjoying his morning, lying down and relaxing in the sun... but today was no normal day.What will Pablo think when his parents bring home a new arrival with long golden hair, big feet and a long pink tongue?A delightful, compassionate story all about the arrival of a new sibling... great to read aloud!
Read more
Other Formats: Paperback 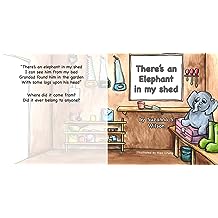 There's an Elephant in my shed Oct 29, 2020
by Suzanna s Wilson, Alex Crump
( 6 )
$2.99
Another well written book for the younger generation by Suzanna s Wilson. A beautiful story of a little girl Millie who had lost her cuddly elephant. Written in verse form. Fantastic illustrations throughout the book, bright and colorful. Aged range 4 to 7 years.
Read more
Other Formats: Paperback 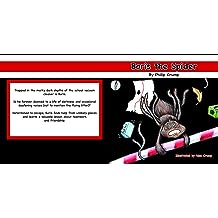 Boris the Spider Oct 17, 2020
by Philip Crump, Alex Crump
( 1 )
$3.86
Down in the murky dark depths of the school vacuum cleaner, trapped, lives Boris. Is he forever doomed to a life of darkness and occasional deafening noises (not to mention the flying litter)? Determined to escape, Boris finds help from unlikely places and learns a valuable lesson about teamwork and friendship.
Read more
Other Formats: Paperback 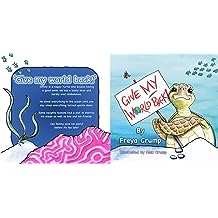 Give My World Back Sep 17, 2020
by Freya Crump, Alex Crump
( 8 )
$3.88
A rhyming book in the style of Julia Donaldson and Axel Scheffler, sensitively and engagingly delivering a message about pollution and the effects on sea life for children. Suitable for children 3+ years old.

Tommy the Turtle loves the ocean but some nasty adults are ruining things for him - who can help him and his friends before it's too late?

A percentage of profits from every copy sold will be donated to environmental charities.
Read more
Other Formats: Paperback 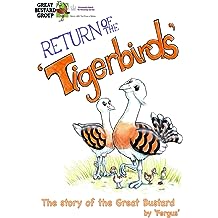 Return Of The Tiger Birds Sep 3, 2020
by Alex Crump
$4.99
A charming children's book telling the story of the return of the Great Bustard after its extinction in the UK. The story is told through one of the Great Bustards who was rescued as an egg in Russia and now lives in Wiltshire.
A conservation and environmental success story for children.
Read more