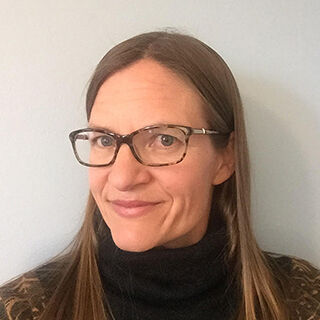 Carrie loves books, coffee, cats, gaming, and adventures. Alongside her career as an author, she works as a programmer in the video games industry. When she isn’t doing any of that stuff, she heads outside to rock climb, hike and explore. She lives on Colorado's Western Slope. 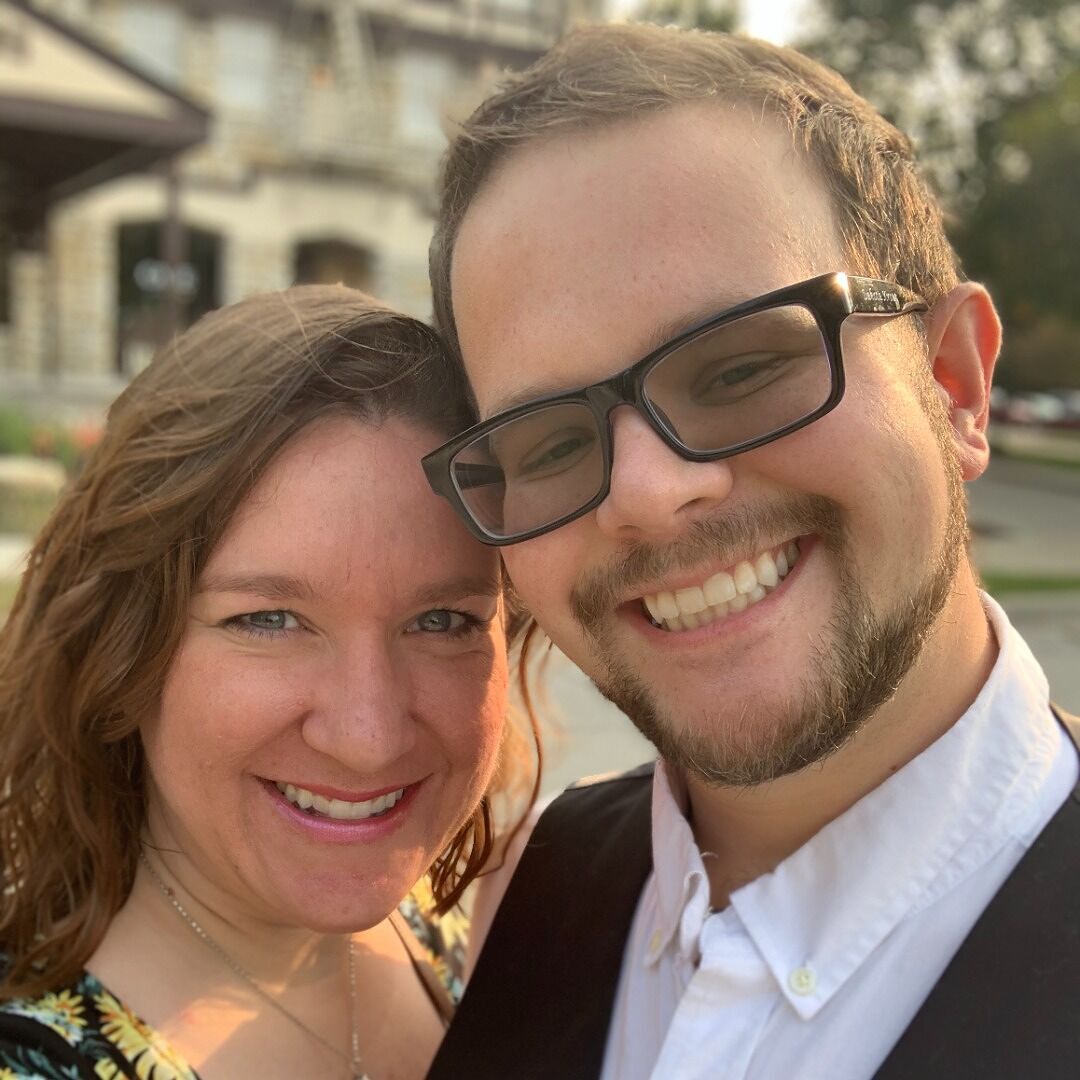 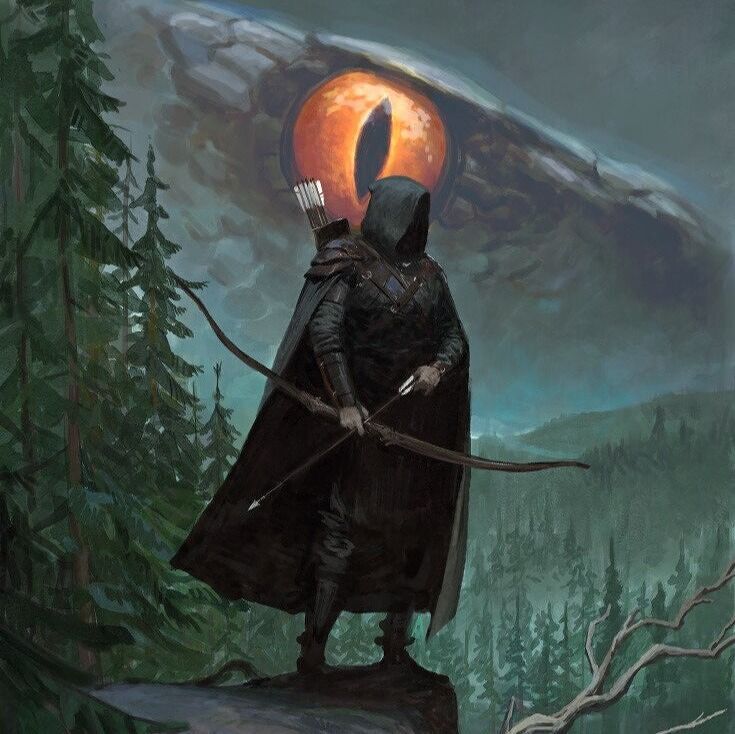 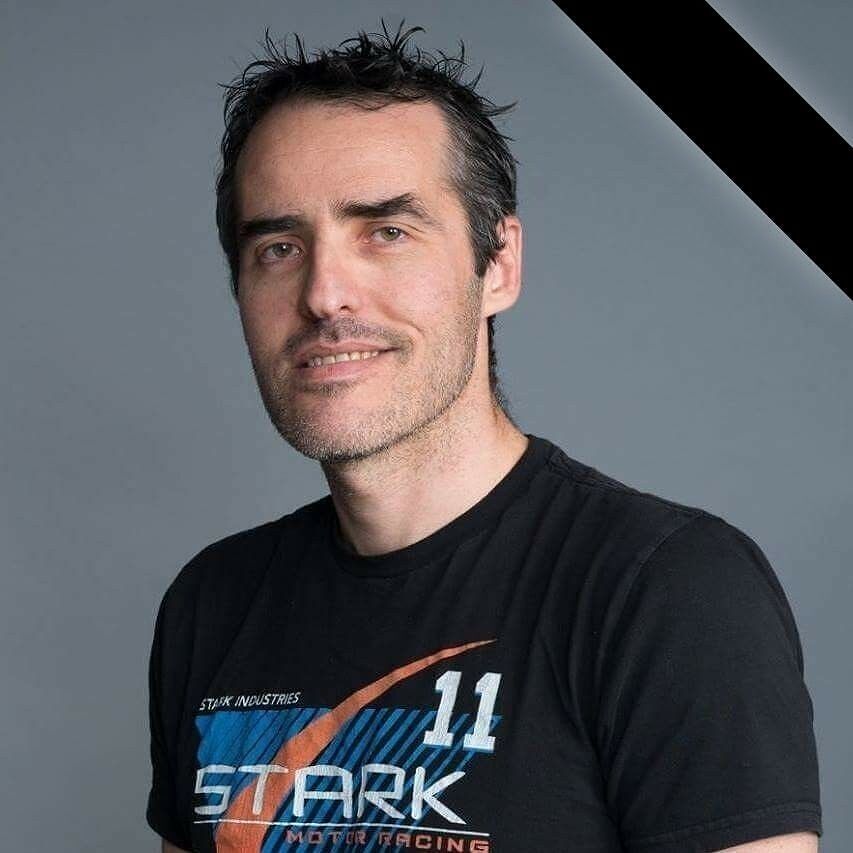 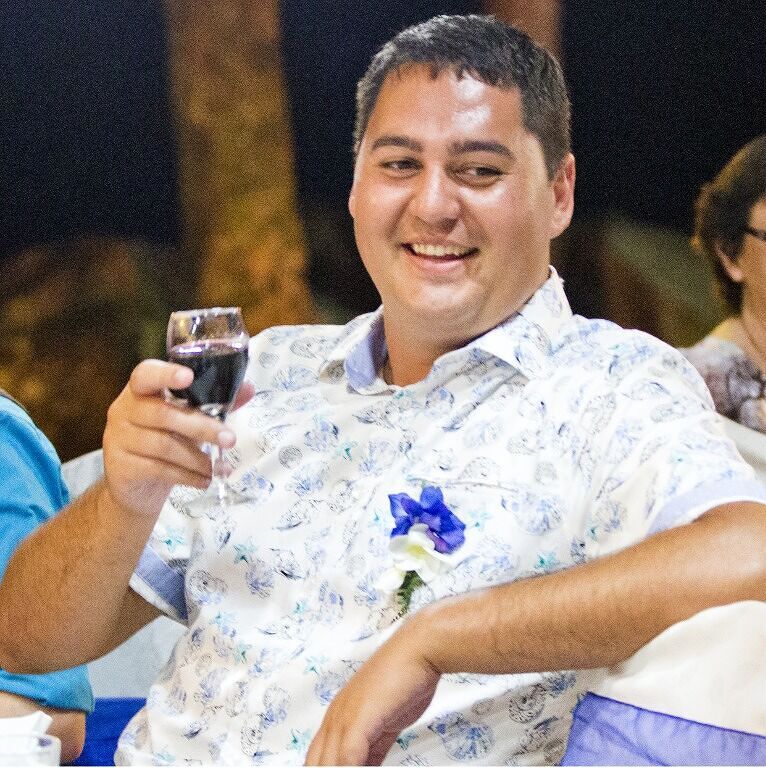 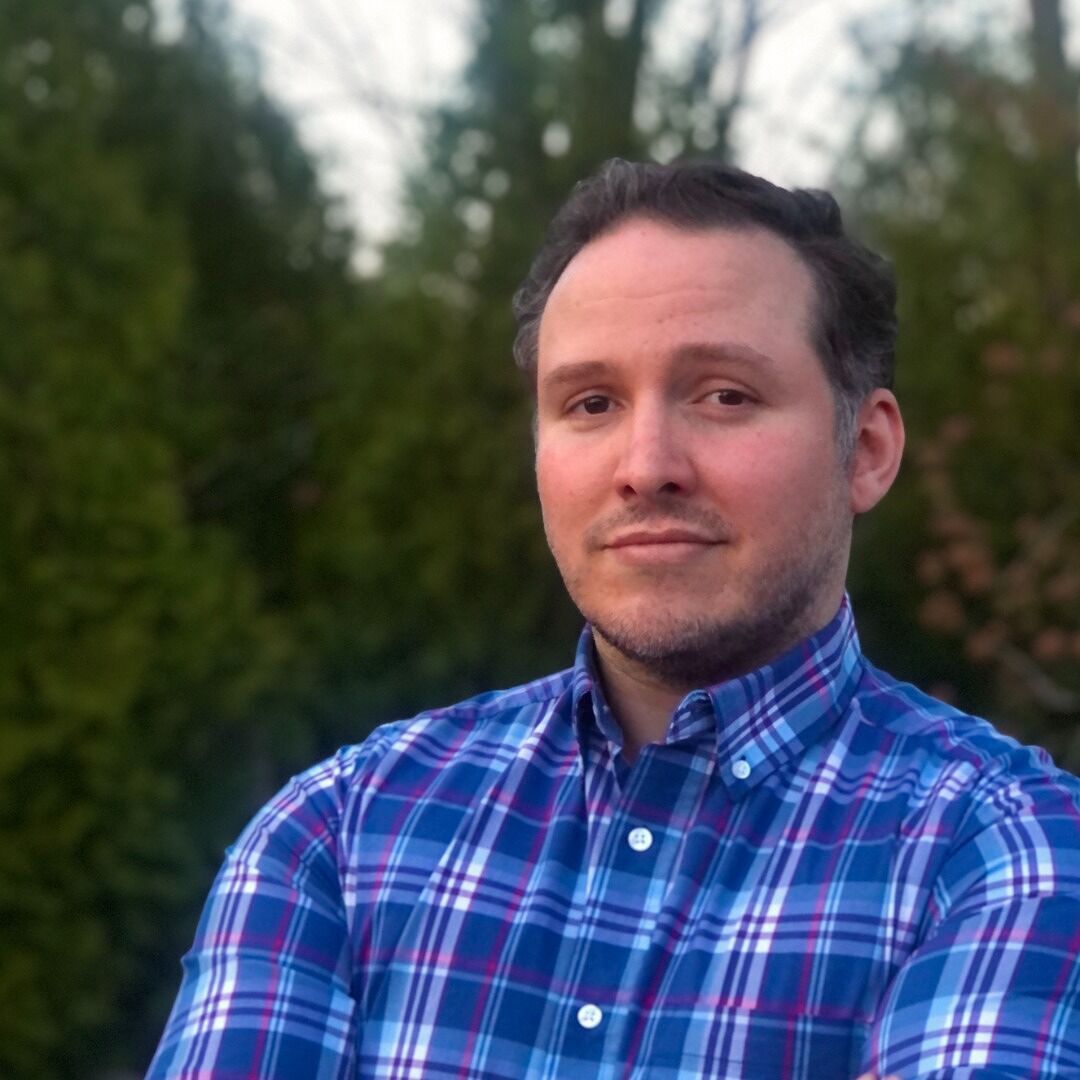 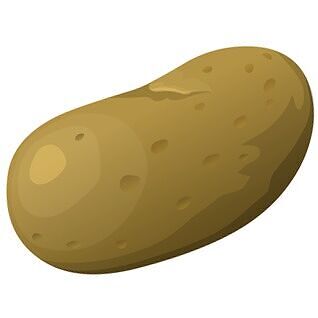 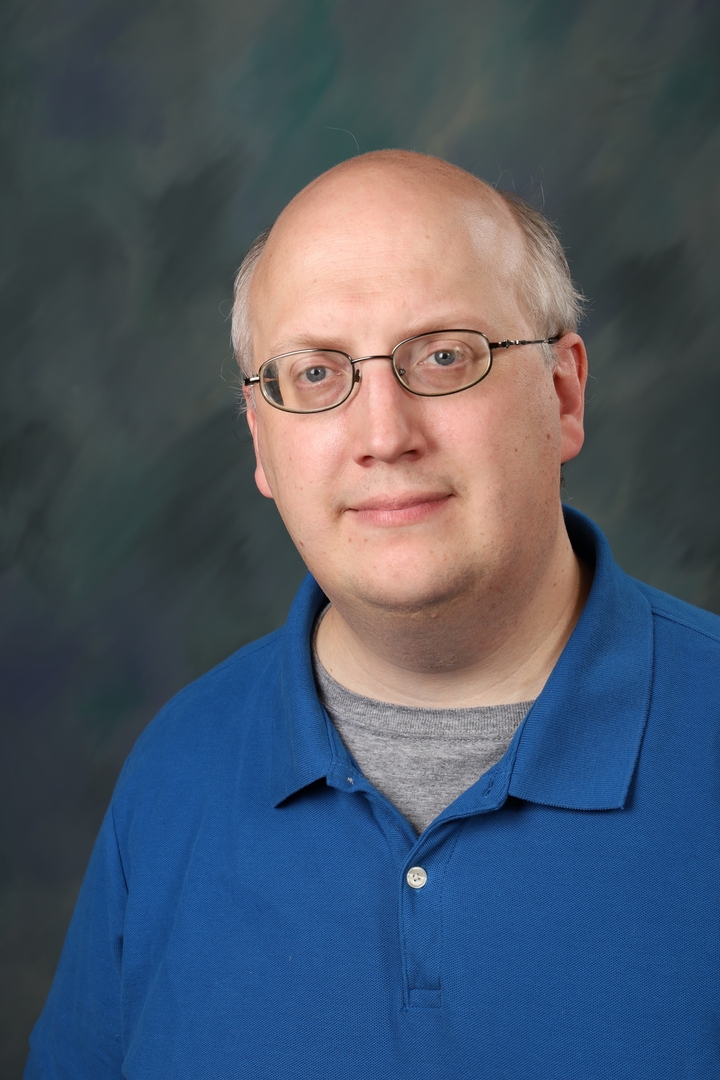 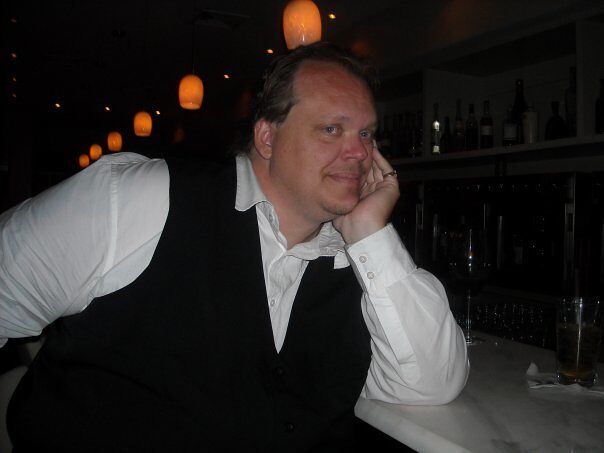 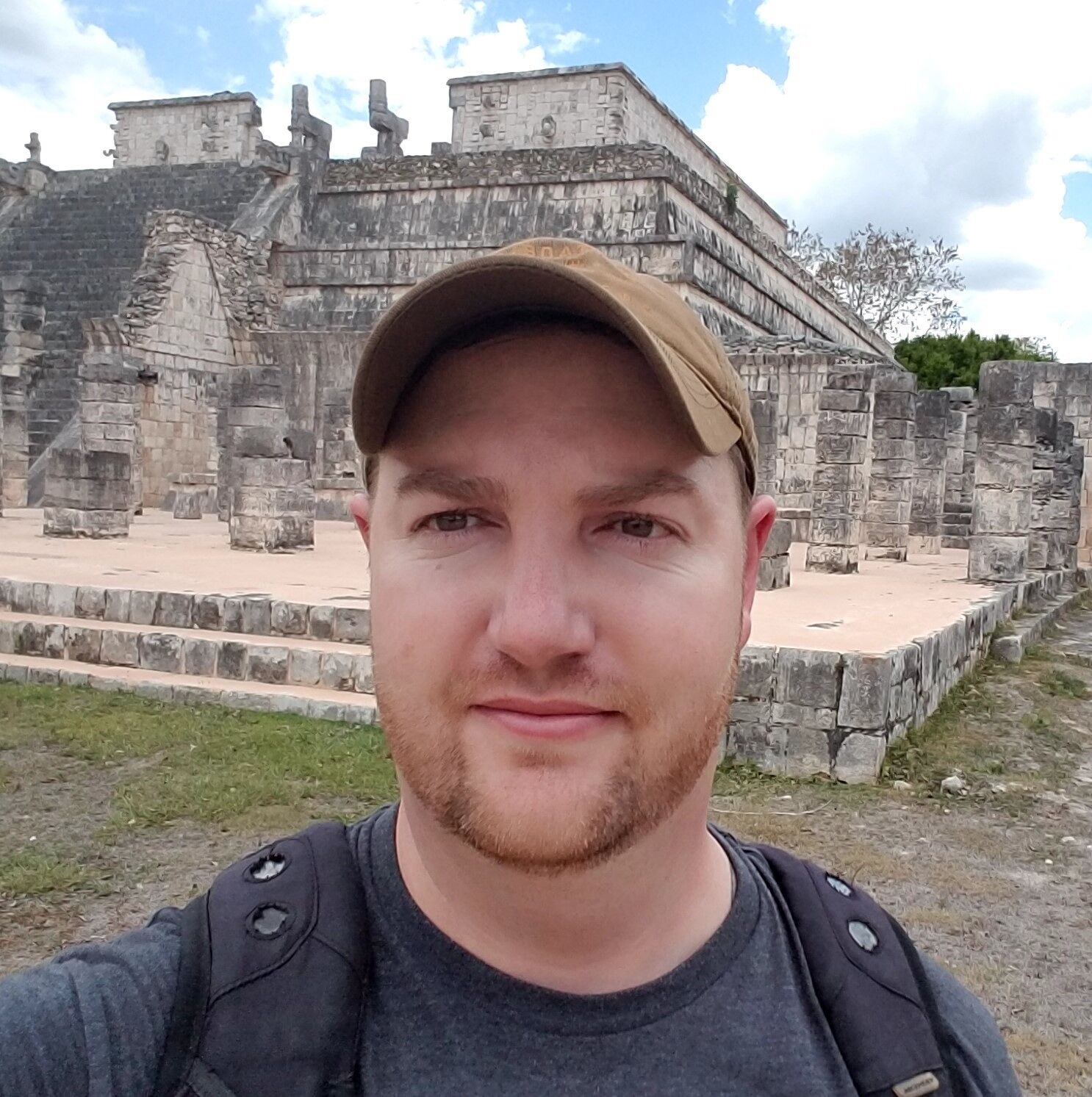 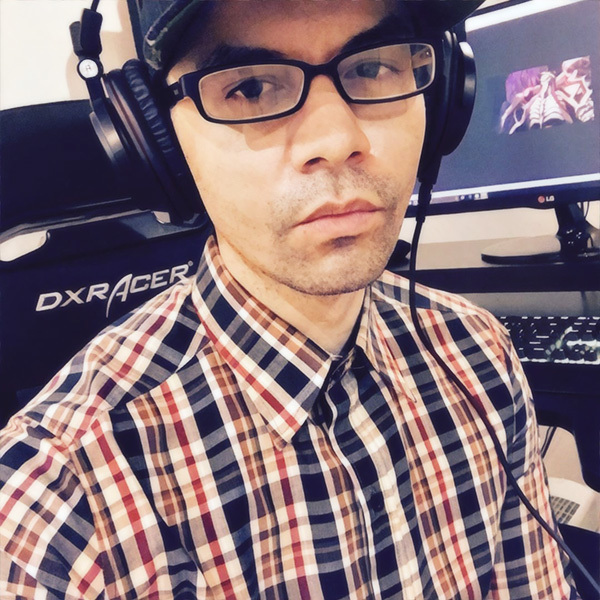 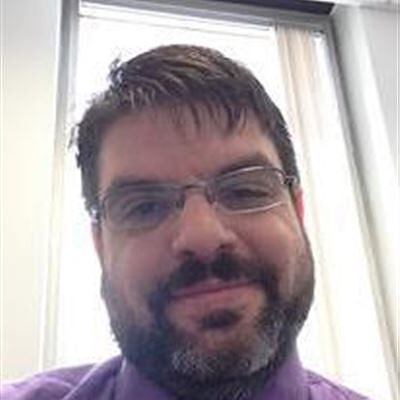 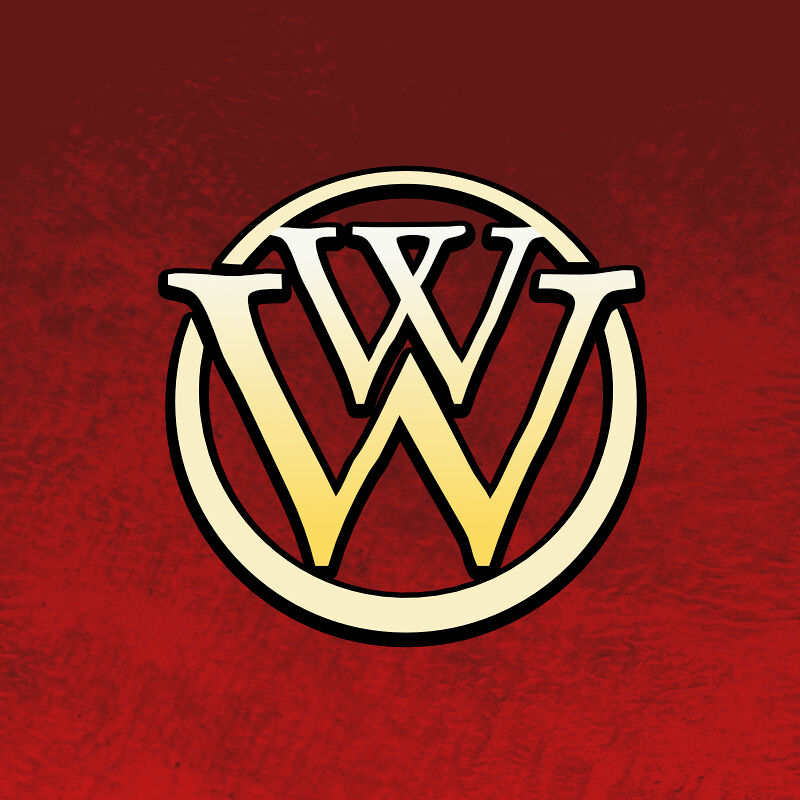 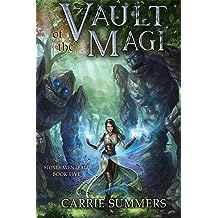 Freshly returned from the underworld, Devon Walker has a major task ahead. A demon army is coming, and she must prepare Stonehaven for war. But no amount of fortification will allow the small settlement to hold against the coming horde. For Devon's followers to survive, she must retrieve the final relic of Ishildar and wake the ancient city's power.

Too bad about all the noobs getting in the way. 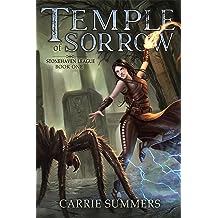 Temple of Sorrow: A LitRPG and GameLit Adventure (Stonehaven League Book 1) Apr 24, 2018
by Carrie Summers
( 640 )
$3.99
Devon Walker has one chance to turn her life around.
A half-wit ogre, a legion of overgrown jungle beasts, and a power-tripping AI are trying to stop her.

Relic Online is the hottest new game out there, and it’s Devon Walker’s best hope for escaping her hard-knock life. Thanks to her rocking achievements in other games, she’s been hired as a salaried player. Even better, her new position comes with cutting-edge implants that turn RO’s virtual reality into a full sensory explosion. Her only task? Drive the game’s creator AI to the outermost limits of its creativity.

But when Devon logs in, her expectations shatter like an ice golem hit with a sonic blast. Wearing nothing but a cloth tunic and ragged pants, she spawns inside a ruined city overgrown by steamy jungle. With zero skills and nothing in her inventory but pocket lint, she immediately runs afoul of the city’s guardian, a stone golem the size of an apartment building. The encounter does not go well.

And Relic Online is just getting started with her.

For lovers of LitRPG, GameLit, Fantasy, and video games. Scroll up and click 'buy now' to jump into the adventure
Read more
Other Formats: Audible Audiobook , Paperback

Devon Walker has had it rough lately. She kinda saved the game world--or at least earned the citizens of Aventalia a small respite from the demon attacks--but the wild magic she used had some devastating consequences, starting with a shattered landscape and the apparent vanishing of her settlement. Now, it's up to her to fix the problems, save her NPC friends, and lay plans to take the attack to the demon forces.

The challenges are too big to face alone, and Devon will need the help of her guildmates and friends. Can she level up her social skills in time? Will she ever get her apartment in shape for houseguests? Does growing up mean the end of soggy microwave burritos and the appearance of crunch toaster waffles?

Scroll up and click 'buy now' to find out.
Read more
Other Formats: Audible Audiobook , Paperback 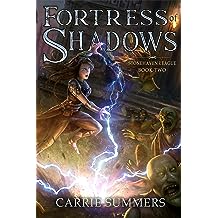 Fortress of Shadows: A LitRPG and GameLit Adventure (Stonehaven League Book 2) Jun 16, 2018
by Carrie Summers
( 324 )
$4.99
A giant telepathic parrot with a rather foul mouth, a horde of smelly goblins, and a tyrannical demon priestess...
Welcome to Devon Walker's "new normal."

During her first weeks in the deeply immersive VR game, Relic Online, she's hacked out a home from a choking jungle, gathered a tribe of loyal followers, and earned a wisp stalker who insists she's some kind of champion.

But Relic Online isn't some wussy kids' game, and there will be no easy-street cruising for Devon. Like a monk racking up combo points, the system opens a fresh offensive by crippling her most powerful ability. Following through, it strangles the village food supply, sends demons bursting through rifts in the earth, and delivers a final, devastating throat punch by exploiting Devon's worst fear.

The players have discovered Devon's home. Now everything changes. 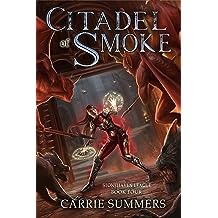 Devon has a problem, and it's not just that her stealth skill is stuck at three. Though that is an issue when it comes to sneaking up on...well, anything.

The real problem is that her former guildmate, Owen, is trapped in the demonic plane. Not just his in-game avatar. His mind is lost there too, leaving his real-life body in a coma. The only way to get him back, it seems, is to journey into the underworld and guide him back.

Shouldn't be a big deal--as long as she doesn't mind transforming into a demon herself.

Stonehaven League Book 4 continues the saga! Are you ready for a new adventure? Jump in now!
Read more
Other Formats: Audible Audiobook , Paperback 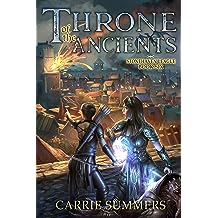 Well, that's what most people assume. Most of them haven't tried it yet.

Devon Walker really just wanted to power level and collect some loot along the way. But yeah. Things in Relic Online just haven't turned out like she'd hoped.

Recently, she completed an epic quest line to reawaken ancient magic, but so far it's been anti-climactic. That would be sucky enough, but unless she figures something out, the game world--including her NPC friends who she believes are just alive as her human guildmates--is pretty much going to die in fire.

So yeah, no pressure.

The epic Stonehaven League saga continues with Throne of the Ancients. Scroll up and click to read now!
Read more
Other Formats: Audible Audiobook , Paperback 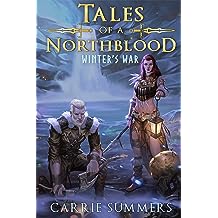 Jace's old life is gone. Earth is a memory, replaced by a game world where survival itself is a challenge. But even if given a choice, Jace would never go back. He is a Northblood now, descendant of a proud barbarian lineage that once reigned over the chill realm he now calls home.

Despite the challenges beaten so far, nothing can prepare him for the looming contest. Long buried beneath sheets of ice in the far north, a barrow has been opened. The evil that struck down the Northblood during the height of their power rises again.

What chance to Jace and his friends have against the darkness that brought down a nation? Scroll up and preorder now to find out.
Read more
Other Formats: Audible Audiobook 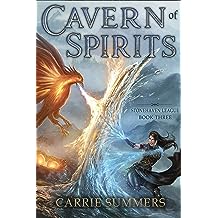 Cavern of Spirits: A LitRPG and GameLit Adventure (Stonehaven League Book 3) Sep 20, 2018
by Carrie Summers
( 272 )
$4.99
Devon has faced off with half-mad zombie frogmen, a demon war priestess, and a thousand-year-old curse.

But can she survive another attempt to cook dinner?

You know, sometimes it would be nice to catch a break. Devon, a professional gamer, has a settlement to grow into a city, a character she'd love to focus on leveling, and some kitchen cabinets that really need restocking.

Unfortunately, the fate of the Relic Online game world is at stake, torn asunder by battling creator AIs. Demons rise through planar rifts, rampaging across the physical realm. The ancient city of Ishildar holds power that might turn the tide. If only Devon, the brave heroine chosen as the city's champion, could finish her epic quest line to gain control of the place.


The in-game events would be challenge enough if she weren't confronted with disasters in the real world. After a horrifying mountain bike crash, Devon's friend, Tamara, needs her support. Emerson, a programmer from the gaming company, can't unravel the troubling actions of the demonic AI, Zaa, without Devon's help.

And yeah, there's the little problem of a raid force of anarchist players coming to demolish Stonehaven, the only true home Devon has ever known.

Dive in for more adventure! Scroll up and click to start reading book 3!
Read more
Other Formats: Audible Audiobook , Paperback 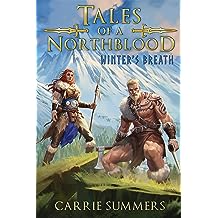 From bestselling LitRPG author Carrie Summers comes a new saga about survival on a wind-swept coast.

Jace, a backcountry ranger assigned to patrol the wilderness of North America, was hiking when abruptly he was somewhere...else. Wind battered his thinly-clothed body, and the salt air from crashing waves immediately soaked him to the skin. Nothing looked familiar. And then the strange game messages started appearing in his vision.

With no explanation for how he arrived here, Jace must nonetheless learn to survive in a merciless environment, crafting everything with his own hands. He must learn the art of combat and how to control the powerful abilities that surface in his body. Northblood, they'll call him. A blessing and a curse.

On the bright side, he's totally buff. And there's this hot redheaded game tester who was pulled from her old life and shoved into his.

Things could definitely be worse. 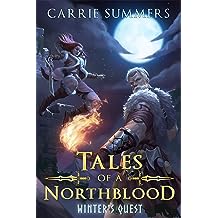 Back in his old life, Jace was a loner. He didn't need friends or community, and judging by his romantic failures, he didn't need a girlfriend either. Or more accurately, any girlfriends he managed to attract quickly found they didn't need him. But now, everything has changed.

Yanked from that old life and shoved into a harsh world governed by game rules, Jace has built the first true home he's ever known. Ironstead, a settlement on an outcrop overlooking a savage coast, is a refuge in a dangerous land. The villagers call him their leader. Mackenzie, the woman of his dreams, calls him whatever she pleases because there's no arguing with her spunky smile or quick temper. And Jace is pleased to look around the nightly campfires and realize he can call these people 'friends.'

But like a dark tide seeping up through beach cobbles, evil magic is slowly flooding the region. Barricaded in the region's stronghold, a fortress called Graymist Hold, a crazed and power-hungry woman summons the darkness. The region is doomed unless Jace and his friends can figure out a way to stop her. 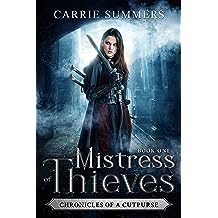 The handsome boss of a rival crime syndicate is her only hope of finding his killer.

Myrrh is an up-and-coming freelance thief who’s lost the only true friend she’s known. The city guards finally captured her mentor, an aging rogue and the closest thing she had to a family. He’s dead now. She’ll be next if she doesn’t figure out who betrayed him.

As she begins her search, she’s double-crossed by a fellow freelancer and sold out to a shadowy new crime syndicate. With a sack over her head and wrists tightly bound, she’s delivered to the lair of the syndicate’s boss, a man named Glint. Certain he intends to kill her, Myrrh is surprised to learn that he has other plans.

An unrepentant scoundrel, Glint is as charismatic as he is complex. And he has information about her mentor’s disappearance that will upend everything she thought she knew about the city’s underworld.

Combining adventure and intrigue with a dash of romance, Mistress of Thieves is the first book in the action-packed Chronicles of a Cutpurse series.

Readers everywhere have fallen in love. Scroll up and click "buy now" to jump into the adventure.
Read more
Other Formats: Paperback 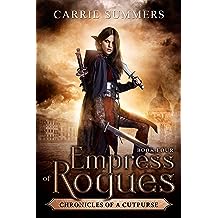 A thief and a scoundrel, he's been sentenced to death for a crime she committed.

And she's the only one who can save him.

Peek beneath the surface at the dark underworld of Ostgard, a river port where the upper-class merchants are more corrupt than the thieves. In the city's warren of grimy streets, a dagger between the ribs is the punishment for weakness. Strange magic has unsettling consequences. And a small band of criminals prove there is still honor among thieves.

Book 4 in the Chronicles of a Cutpurse series, Empress of Rogues continues the action-packed saga. Scroll up and click Buy Now to follow the adventure!
Read more
Other Formats: Paperback