Got a mobile device?
You’ve got a Kindle.

By pressing "Send link," you agree to Amazon's Conditions of Use.

You consent to receive an automated text message from or on behalf of Amazon about the Kindle App at your mobile number above. Consent is not a condition of any purchase. Message & data rates may apply. 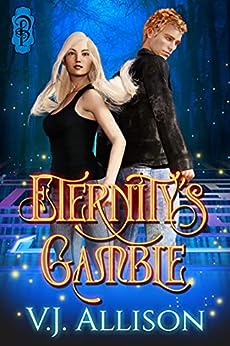 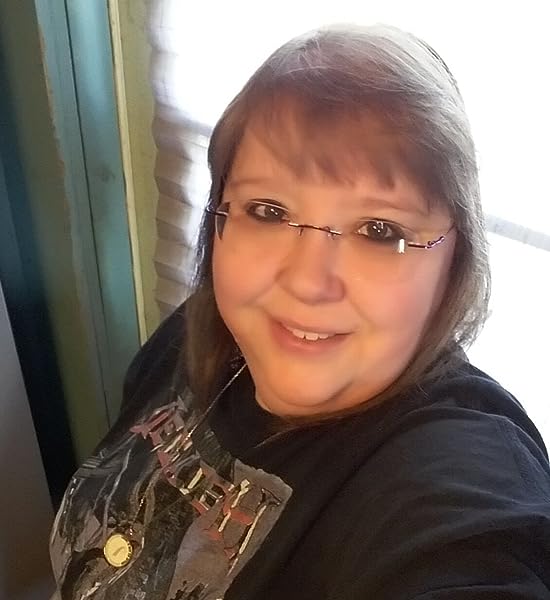 by V.J. Allison (Author) Format: Kindle Edition
See all formats and editions
Sorry, there was a problem loading this page. Try again.
Can love beat the odds, or will the dice decide their fate?

Expecting the usual entertainment at the local Nova Scotia exhibition, Charles Hazard is less than impressed by the secluded corn maze his long-time friend and secret crush, Tiffany, drags him to. The repulsive state of decay, and the creepy dummy guarding the entrance of the maze have Charles anxious to leave, but his sense of self-preservation wars with his desire to make Tiffany happy.

Tiffany Morrow doesn’t think much of the tarot card reading she had only days before the annual exhibition, and has all but forgotten the prophet’s words and how she drew the Death card when she comes across a spooky corn maze. There’s only one person she wants to explore the stalks with. She’s been in love with her best friend, Charles, for as long as she can remember. His level head, introverted tendencies, and unique ginger sexiness call to the most intimate parts of her.

Their fun quickly takes a dark turn when the maze morphs into a game of life or death. From a quiet sunflower field, to a treacherous walk across a volcano’s cone, to an encounter with a creature out of horror legends, each roll of the dice forces them to work as a team or perish in a way they most fear.

Amidst the danger-filled labyrinth, they delight in small, stolen moments and find the soul mate they have been searching for. However, as with most games of chance performed at a devil’s will, there is more to this sport than there appears. Could they really be the only ones within the walls of their confines, or are other creatures lurking?

In a terrifying twist of fate, their chances at forever could be ripped away from them by a single roll of the dice…

Victory may linger out of reach, and a curse of eternal agony and loneliness could be their fate. Or, just once, the dice might roll in their favor. But what are the odds of that?

Audible Holiday Deal
Join Audible Premium Plus for 60% off. Only $5.95 a month for the first 3 months. Get this deal

Page 1 of 1 Start overPage 1 of 1
Previous page
Next page
Create your FREE Amazon Business account to save up to 10% with Business-only prices and free shipping.

V.J. Allison was born and raised in southern Nova Scotia, Canada, and her work reflects her strong Maritime roots. She is a stay-at-home mother to a son on the autism spectrum, married to the love of her life, and “mama” to a rescued Maine Coon cat named Marnie. She has been writing various stories of novel length and short stories since her school days, and sees writing as a vital component to her life.

Her first paranormal/horror romance, Eternity's Gamble, was released by Decadent Publishing on October 1, 2021.

​​​​​​​On January 4, 2021, she released her first independently published story, COVID’s Arrow, which had been previously released in the Together We Stand charity collection of stories about essential workers.

​​​​​​​This self-proclaimed geeky rocker chick is a warrior and advocate for various chronic illnesses including Occipital Neuralgia, Trigeminal Neuralgia, Diabetes, Migraines, and Glossopharyngeal Neuralgia. She is also an advocate for the prevention of animal cruelty and is a voice for Autism Awareness.

5.0 out of 5 stars
5 out of 5
1 global rating
How are ratings calculated?
To calculate the overall star rating and percentage breakdown by star, we don’t use a simple average. Instead, our system considers things like how recent a review is and if the reviewer bought the item on Amazon. It also analyzes reviews to verify trustworthiness.
Top reviews

Top review from the United States

Amazon Customer
5.0 out of 5 stars A Paranormal romance readers perfect read....
Reviewed in the United States on October 6, 2021
*spoilers* (just in case)

I've been reading VJ Allison ever since she first started publishing! I was so excited to read Eternity's Gamble! This may be her first entry into paranormal romance, but I sincerely hope its not her last paranormal romance story!

I totally got sucked into the story and hard a hard time putting it down. I wanted to keep reading - especially through the more tense situations that Tiffany/Charles were put in. The descriptions of the Corn Maze that VJ uses in the book make you feel like you are there in the there yourself along with the characters. I swear I could smell the decay of the corn maze and feel the heat of the Lava. I was totally invested in the well being of the characters and cheered them on while they were on their quest to escape the maze.

Please, VJ, continue to write paranormal romance!!!!! I need more. Totally addicted here
Read more
Helpful
Report abuse
See all reviews
Back to top
Get to Know Us
Make Money with Us
Amazon Payment Products
Let Us Help You
EnglishChoose a language for shopping. United StatesChoose a country/region for shopping.
© 1996-2021, Amazon.com, Inc. or its affiliates