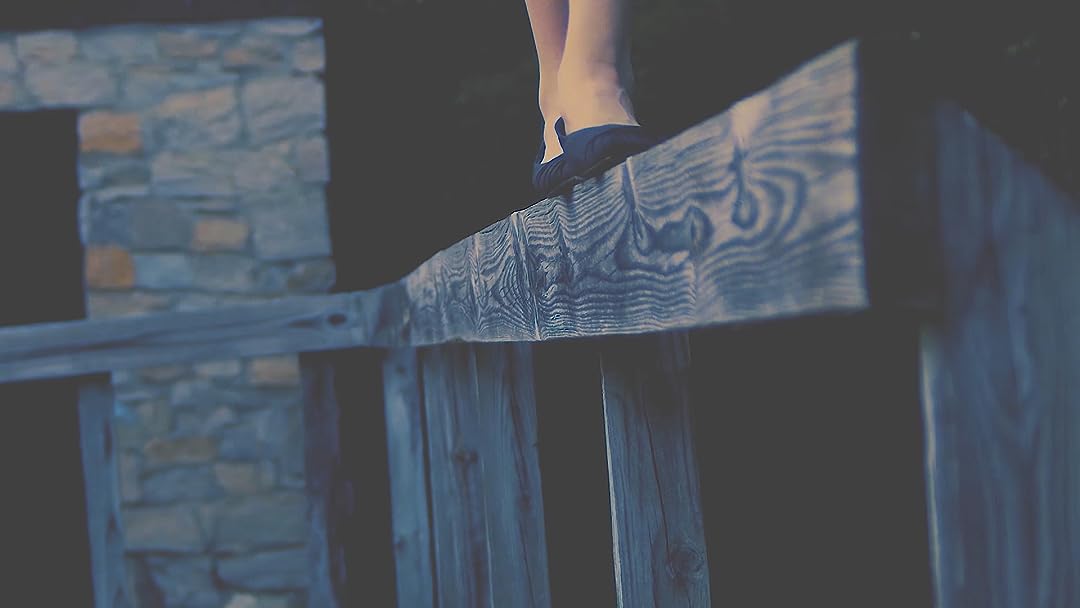 Rentals include 30 days to start watching this video and 48 hours to finish once started.
Add to
Watchlist
By ordering or viewing, you agree to our Terms. Sold by Amazon.com Services LLC.
Write review

John P. Jones IIIReviewed in the United States on October 9, 2020
4.0 out of 5 stars
“It’s like we are using leeches”…
Verified purchase
In the interest of full disclosure, my daughter-in-law is in her third year of residency in psychiatry. She quips it is so she can better understand herself. And I felt that for us to have meaningful conversations I’d better update my knowledge of the “best practices” in the field since the days of half a century ago when locking up “the outliers” in societal terms at the state run “funny farm” a la “One flew over the Cuckoo’s Nest” with the “beloved” Nurse Ratched was considered “best practice.”

The subject quote is an assessment of one individual in this documentary. In mental health today it is as though we are still at the stage of using leeches to drain the “bad blood” out of a patient, as was once practiced in medicine. One interesting statistic that I have personally experienced has been the tremendous strides made in the treatment of leukemia. In the 1960’s, per the documentary, the cure rate was only 5% (which I believe is a bit low), and today it is now 85%. In terms of individuals with mental health issues, very little progress has been made.

Josh Sabey directed this documentary which was released in 2017. It features Andrew Solomon and Cindy Bulik. A one-hour plus documentary can barely scratch the surface of the world of the mentally ill. Anorexia is one of many mental health issues – certainly one I do not understand at all, and have had no personal experience with. Sabey frames this documentary with the story of Erin, whose mother, as so many do, remembers her as a “wonderful little girl.” Erin was admitted to the hospital 10 times for this illness; at the end of the documentary it is noted in the epilogue section that she died at the age of 28, weighing 70 lbs. Alas, there was virtually no insight provided as to why she had anorexia.

Sabey takes a rather jaundiced view – appropriately in my opinion – of the mainly for-profit 13,000 mental health rehab centers in the United States. The emphasis is on the marketing people and not licensed clinicians. Indeed, many have no license at all, not even a college degree and there is little or no training. The documentary mentioned that many of them follow the “12-step rule,” but never explained what that is! It is stated that mental health treatments use an inverted standard to that adhered to in the medical/pharmaceutical area. Treatments can be provided until they are proven dangerous. The documentary advocated overcoming personal bias and providing evidence-based medicine (which seems like a no-brainer, but as we see in the headlines, in regards to COVID, the “evidence” is often only so much wishful thinking).

Parents and their troubled children is another area of focus. There are the kids blaming the parents with the perennial “If you had done things differently, then things would have turned out otherwise.” Hum! Should the parents be involved in the child’s treatment? To me, as one of the parents in the documentary indicated, it is obvious they should. But that remains a major bone of contention in the field. Another parent succinctly expressed a common fear, when their troubled child leaves at the age of 18: “they will be in the news.”

A reasonable sampling of issues in the mental health field and now my conversations with my daughter-in-law might be a bit better informed. 4-stars.

KevinReviewed in the United States on October 18, 2022
5.0 out of 5 stars
An eye opening documentary
Verified purchase
It really portrays how the mental health industry can be unregulated.

A Strong PoetReviewed in the United States on September 27, 2017
5.0 out of 5 stars
Much needed film
Verified purchase
This film is so overdue. I know of several families who suffered the incomprehensible loss of a child as the Riederers did... and after countless years under the "care" of professionals. And some were sent home after successfully completing residential rehabs, only to fall to their addictions again and lose the battle completely. Families are so vulnerable and these places of "recovery" and "treatment" prey directly on these susceptibilities which is criminal. Mostly unregulated, these centers provide inadequate treatment and are regulated only by the state but not very carefully. I filed a successful complaint in one state and so, hopefully, change IS coming, as the film concludes. There must be much more oversight, much much more.

My experience differs in a very important way in that I believe the 12 step programs can work. There are evidence-based treatment facilities that do work and they also encourage the 12 step model. There is a lot of bastardization of the 12 step modality which then becomes a therapy practice, but that is not what the 12 steps are. It is very difficult to study AA, for example, in double blind experiments because it is an anonymous program. But after three decades around the programs, there are countless people who have long-term recovery. Likewise, I have friends with long-term recovery from eating disorders with 12 step programs.

I know some recovery professionals are also finding that the "tough love" movement, so pervasive in all these facilities, not only doesn't help, it causes harm in the way that the film details. Children, especially, with addictions or other mental wellness issues need to get help WITH the help and support and love of family. Many times, families need parenting training (don't we all!) to help their child get the right diagnosis and the help we need.
2 people found this helpful

TNReviewed in the United States on September 24, 2017
5.0 out of 5 stars
SUCH an important topic
Verified purchase
I'm so happy this documentary was made and I hope many people will see it. This issue has affected me personally as someone who has struggled with depression and anxiety for most of my life, along with undiagnosed C-PTSD. After 15 years of ineffective treatments and an acquired distrust of the mental health system, I finally wised up and started doing heavy research of my own and discovered the evidence-based treatments that have finally offered some relief and hope. Now I'm angry, though. Angry at all of the incompetent mental health professionals with their hubris and ignorance. Do these people ever stop to consider that they literally have lives in their hands? That they could be costing someone their life by not directing them to the appropriate resources? I personally lost 15 years and tens of thousands of dollars (and I came very close to suicide). I try not to think about how much different my life might be if I knew about CBT/DBT and EMDR years ago, and if one of the half dozen professionals I saw would have been committed to offering evidence-based therapies or at least referring out to other professionals who are.

This documentary only scratches the surface, as it portrays the challenges of people who have the financial resources for treatment. They are actually in the minority. Those who don't have money are screwed even harder by the system. It's really disheartening but this documentary gives me a shred of hope.

(Unrelated side note: that poor kid with diabetes...I'm speechless that the ignorance around diet and health is so pervasive that parents could possibly believe that feeding their diabetic kid bread, tater tots, and soda is helpful!)
2 people found this helpful

JazzbeaReviewed in the United States on March 27, 2018
5.0 out of 5 stars
The documentary made excellent points!
Verified purchase
When parents take a child to a therapist and are then excluded from the sessions, how does that help a family trying to manage whatever diagnosis their child was given? It's always been my contention that everyone must be involved so everyone has tools to handle what is happening on a daily basis in the home. Isolating a child with a serious diagnosis in a room with a person who they really don't know, don't live with on a daily basis and can tell a pack of lies to is nothing more than an expensive chat session.

Therapy modalities need to change. Putting a child in a room for 50 minutes to say whatever they want, privately, knowing that the therapist will never disclose to the parents what was said then releasing them into the same environment is absurd.

And, no regulations???? That's just crazy!
2 people found this helpful

Jessica R CrabillReviewed in the United States on February 21, 2021
1.0 out of 5 stars
This is the essence of "confirmation bias"
Verified purchase
This film touts the concept of confirmation bias and how other forms of therapy (except cognitive-behavioral therapy) consist of a bias that is not based on evidence but rather the "therapist's intuition." The film mocks equine therapy and devalues psychoanalytic approaches as well as play therapy. It basically promotes CBT as the only "evidenced-based" practice that works and compares mental health diagnoses to cancer and diabetes. If you want more confirmation that children and adolescents encounter issues in a vacuum, then watch this documentary. If you enjoy hearing that CBT is the end-all-be-all in the mental health field, then watch this documentary. Otherwise, tune out and refuse to swallow what the managed care corporations, the pharmaceutical companies, and other neurotic institutions who think things fit into a neat little box tell you.
2 people found this helpful

Margaret B. YoungReviewed in the United States on September 7, 2017
5.0 out of 5 stars
MUST SEE
Verified purchase
This film is a must-see not just for families who know they're dealing with mental illness, but for EVERYONE. I have seen it twice and just rented it for a friend. Please, please, see this film and share it. It is vitally important! I am a parent who wishes I had seen it years ago.
One person found this helpful

Alec R.Reviewed in the United States on May 4, 2018
5.0 out of 5 stars
Must see movie if you know someone with mental health problems
Verified purchase
This documentary opened my eyes to the wild west landscape in mental health treatment in America. There are very few rules and TONS of money coming in to expand access without any focus on quality. I have lived this experience. The filmmaker told the story through some compelling, heartbreaking personal stories.
See all reviews
Back to top
Get to Know Us
Make Money with Us
Amazon Payment Products
Let Us Help You
EnglishChoose a language for shopping. United StatesChoose a country/region for shopping.
© 1996-2022, Amazon.com, Inc. or its affiliates