Read instantly on your browser with Kindle for Web. 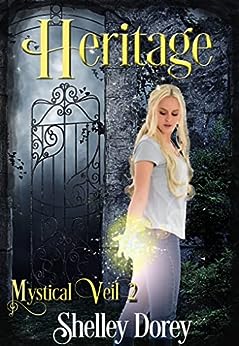 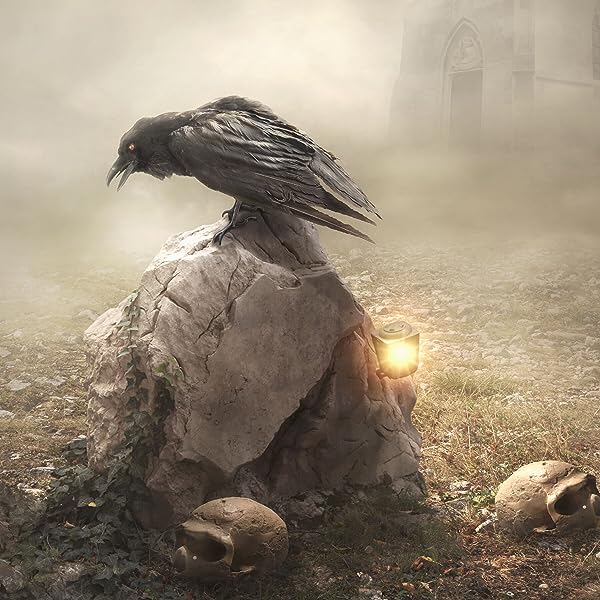 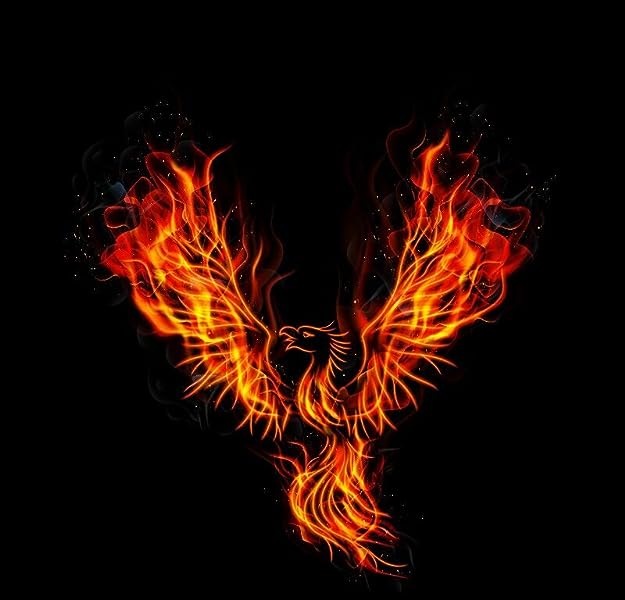 by Shelley Dorey (Author) Format: Kindle Edition
Book 2 of 4: The Mystical Veil
See all formats and editions
Sorry, there was a problem loading this page. Try again.

It’s a dream job until it becomes a nightmare.

A few months ago, Keira was an aimless 23-year-old, but her Nana changed all that.
She’s inherited her grandmother’s psychic gifts as well as a massive fortune.
But there’s a catch. She must carry on the work of shepherding lost souls to the next plane of existence.
The order of the universe depends on her transitioning spirits through the veil. It can be dangerous and scary as hell but so far, so good. She travels the world in style having spooky escapades with her best friend Gwen at her side. Sure, there are some close calls, but nothing these two women can’t handle.
That is until the ugly part of Keira’s family rears its head.
Her grandfather has been watching Keira's progress and is pleased that her power keeps getting stronger. He's got evil plans of his own, and come hell or high water, she’s going to help him.
Her choice—join forces with him or forfeit the lives of everyone she cares for. The man is unhinged and will die to achieve his ends.
Or kill.
The stakes of her Heritage have become very dangerous, very quickly.
Heritage is the second dynamic installment in The Mystical Veil, a series of paranormal suspense novels. If you like thrilling supernatural encounters, light-hearted humor, and twists you won’t see coming, then you’ll love Shelley Dorey’s otherworldly tale.

A lifelong resident of Kingston, Michelle has experienced firsthand, eerie events. She's witnessed episodes where the veil between our world and the next has shimmered gossamer thin. These encounters fascinate rather than frighten her. On the other hand, her two pugs Ruby and Sookie freak out enough for the three of them. The Irish part of her heritage, stories of banshees, druids and, yes, leprechauns are what started her down the road of writing about the paranormal. In the summer she dreams about skiing, and in the winter wishes she lived in Cuba. Yes, she's contrary as hell, but never boring. She hopes you enjoy reading her work as much as she enjoys writing it. She is currently practicing her acceptance speech for the Nobel Prize in Literature just in case. LOL OTHER WORKS BY THE AUTHOR THE HAUNTINGS OF KINGSTON Crawley House The Haunted Inn The Ghosts of Centre Street The Haunting Of Larkspur Farm The Ghosts of Hanson House Haunted Cabin THE MYSTICAL VEIL Legacy Heritage Forsaken Ascendant PARANORMAL SUSPENSE Haunted Hideout A Grave Conjuring Haunted By The Succubus --This text refers to the paperback edition.

Margaret Gwaltney
4.0 out of 5 stars Really good!
Reviewed in the United States 🇺🇸 on May 20, 2022
Verified Purchase
It was incredibly interesting and exciting, it kept me off balanced which is hard to do since I read so much I am usually ahead of the game. It keeps your curiosity stirred up.
Read more
Helpful
Report abuse

Kindle Customer
5.0 out of 5 stars Excellent series
Reviewed in the United States 🇺🇸 on June 23, 2022
Verified Purchase
Tension between Gwen and Keira raise to new heights. Can they resolve and save their friendship? Suspenful and fast paced to the last page. Love this series.
Read more
Helpful
Report abuse

Debra M
5.0 out of 5 stars Enchanting
Reviewed in the United States 🇺🇸 on May 27, 2022
Verified Purchase
I am looking forward to reading the next two books as I've already decided that I need to see this through. The humor throughout helps lighten the mood as Keira and Gwen follow up on fake hauntings as well as the real deal. She meets Gwen's brother as well as her own grandfather, who appears to be more than he is. These are proving to be a great series.
Read more
Helpful
Report abuse

TXBRITGAL
VINE VOICE
5.0 out of 5 stars Non stop supernatural excitement!
Reviewed in the United States 🇺🇸 on November 23, 2019
Verified Purchase
Yikes! I just discovered this series. Two chapters into book one and I IMMEDIATELY bought the entire series!!! Keira is a typical young twenty three year old. She keeps flitting from job to job unsure of what her passion might be. When she's kicked out of her acting school she gets the first shock of her life when her parents cancel her lease, but her off ave surprise!! They send her off to live with her maternal grandmother...that she never knew existed! Upon meeting her she learns of their gifts and her destiny. It seems she can see ghosts and other things. She and her grandmother are destined to help cross over list souls through The Veil. Trying to keep the world safe, and also getting rid of evil. Suffice to say lots of craziness happens along the way. Keira might be extremely powerful but she's also new to all this. On the job learning can sometimes be hazardous...but she's determined to help. Who can she trust? This entire series is full of twists and turns excitement and a few secrets along the way. In for I've hope she becomes every bit of what she's destined to become!
Read more
Helpful
Report abuse

Kindle Customer Donna Austill
5.0 out of 5 stars Ghost busting is really hard work!
Reviewed in the United States 🇺🇸 on January 14, 2022
Verified Purchase
Wow! Another great book! I can't wait to read the next book! Although I don't think it's a life for me. Keira and Gwen had a really hard time. AND Sean! Now that's a whole nother story! If her and Sean could get past his anger... well I'll leave that for you to read about yourself! Wow!
Read more
Helpful
Report abuse

Doreen M. McSorley
5.0 out of 5 stars another great read
Reviewed in the United States 🇺🇸 on November 11, 2021
Verified Purchase
Book 2 definitely did not disappoint. After reading book 1 I had to continue to find out what happened to these characters. I enjoyed it just as much as book 1 and need to read the next one.
Read more
Helpful
Report abuse

Mellanie Osborn
4.0 out of 5 stars Cute read
Reviewed in the United States 🇺🇸 on December 2, 2020
Verified Purchase
It is worth the read. Especially if you have read the first book. Please check this version for the editorial mistakes. It makes it hard to keep the flow when you have to reread a sentence. Don’t rush through to your endings. There is so much more insight you could have written.
Read more
Helpful
Report abuse

Rebecca Londagin
5.0 out of 5 stars I am loving this series
Reviewed in the United States 🇺🇸 on May 20, 2021
Verified Purchase
These are fun reads, that keep you flipping the pages and ready for the next one. Michelle Dorey is one of the best authors I have read in awhile. This book has, romance, friendships, suspense, plot twists, and my all time love of the supernatural.
Read more
Helpful
Report abuse
See all reviews

Michele Taylor
5.0 out of 5 stars great read
Reviewed in the United Kingdom 🇬🇧 on February 26, 2022
Verified Purchase
Really enjoyed this second book in The Mystical Veil, looking forward to where book 3 takes us, hopefully with Keira getting together with Sean, he would be a great Lawrence
Read more
Report abuse

Suzy
4.0 out of 5 stars Great stuff
Reviewed in the United Kingdom 🇬🇧 on March 17, 2018
Verified Purchase
This is just a point before I review this book but it was hinted at in the first book that Gwen was gay !!! Not sure what happened to that idea lol. This book was great but I hated that everyone went through a hell of a lot for nothing in the end, nothing was solved and most people lived to fight another day. Still the story was good and I look forward to the next book.
Read more
Report abuse

Helga Izzard
5.0 out of 5 stars Book 1&2
Reviewed in the United Kingdom 🇬🇧 on June 1, 2020
Verified Purchase
I have just finished reading book two and I’m hooked book one was brilliant book two was amazing I’ve just got book 3 and I can’t wait to start it lovin Kira and Gwen looking forward to seeing what they get up to helga Izzard
Read more
Report abuse

Alex
5.0 out of 5 stars 2nd one in
Reviewed in the United Kingdom 🇬🇧 on January 20, 2021
Verified Purchase
A different story from the first I believe it to set up a continuing story. I'm looking forward to the 3rd this is unusual for me I tend to give up by know...
Read more
Report abuse

Linda Dolan
5.0 out of 5 stars Brilliant
Reviewed in the United Kingdom 🇬🇧 on March 20, 2018
Verified Purchase
Read the first book and couldn't put it down, so had to get the second , usually the follow on books are not as good as the first but this one definitely was , another great read that I couldn't put down.
Downloading the third now :-)
Read more
Report abuse
See all reviews
Report an issue
Does this item contain inappropriate content?
Report
Do you believe that this item violates a copyright?
Report
Does this item contain quality or formatting issues?
Report

Back to top
Get to Know Us
Make Money with Us
Amazon Payment Products
Let Us Help You
English United States
© 1996-2023, Amazon.com, Inc. or its affiliates