Other Sellers on Amazon

Temporarily out of stock.
Order now and we'll deliver when available. We'll e-mail you with an estimated delivery date as soon as we have more information. Your account will only be charged when we ship the item.
Shipping rates and Return policy

Flip to back Flip to front
Listen Playing... Paused   You're listening to a sample of the Audible audio edition.
Learn more
See this image 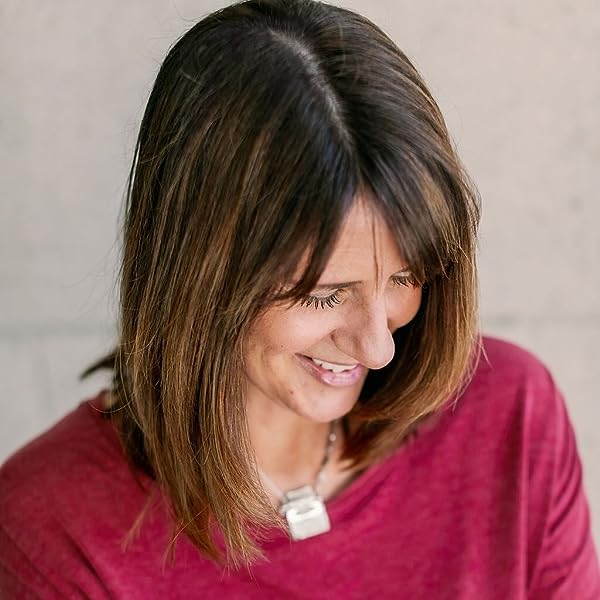 by Kaylie Newell (Author)
4.5 out of 5 stars 119 ratings
See all formats and editions
Sorry, there was a problem loading this page. Try again.

His heart has been grounded for so long. But she's about to give it wings.

Captain Judd Harlow is happiest in the air. It's only when he's flying that he can leave his childhood memories behind. But when he and his brothers find themselves the guardians of their twelve-year-old half-sister, he knows moving back to the small Montana town where he grew up is the right thing.

When Savannah Casteele learns that a local pilot has agreed to fly her and her little boy to Chicago for a long-awaited surgery, she's overcome with gratitude. A young, single mother, her first priority has always been raising her son the best way she knows how. But when she sees Judd for the first time, she's unprepared for the affect he has on her heart: he's stoic, guarded, and a little out of reach, reminding her that she's not the only one who's trying to put aside a broken past.

As they begin falling for one another, brought together by the children in their lives, they start seeing family not just as something you're given but something you create. And that the heart, no matter how scarred, is always capable of a tender, new beginning. But are they both willing to take a leap of faith to get there?

The plotting is plausible and the characters are pleasant.

Amazon Customer
5.0 out of 5 stars 5 Star Vow
Reviewed in the United States on February 26, 2019
The third Harlow Brothers book is an emotionally gripping and inspiring romance. Judd and Savannah are both strong, compelling characters that easily capture readers’ attention with their sizzling chemistry but vulnerable and emotionally stunted lives. Due to their pasts both have sort of accepted that the whole happily ever after thing is not for them but they are pulled together not only by their attraction to each other but 2 adorable kids and readers can’t help but get caught up in all the emotional turmoil plaguing this couple but the suspense of whether or not they can let go of the past and grab on to their future with both hands.The suspense of this couple’s romance builds throughout the book as Savannah past comes calling and throughout the present circumstances surrounding each of the characters’ lives. The children add a soft and adorable touch the story and while the Harlow Brothers stories have been told, hopefully the sister gets her story told too. The author balanced the characters emotional vulnerabilities with strength of characters that readers can’t help but admire and following along as Judd and Savannah’s hearts are opened up is quite heartwarming and inspiring ensuring that readers have to read every last word.
Images in this review

CHRISTINE WATERS
5.0 out of 5 stars Judd and Savannah story
Reviewed in the United States 🇺🇸 on December 26, 2021
Verified Purchase
Two people who had been hurt by their parents. The ones who should have had their backs. Can love knock down the walls they have built around them?
Read more
Helpful
Report abuse

Shweet Sandi
5.0 out of 5 stars The perfect ending to a wonderful book series
Reviewed in the United States 🇺🇸 on June 28, 2019
Verified Purchase
I waited to read/review this book simply because I did not want the Harlow Brothers Series to be over. It is a three book series so full of love and devotion to family. This book like the two books before showcase one of the brothers but also we get a glimpse of course of Marietta and the Harlow family life. Judd is a pilot who is going to fly Savannah and Wyatt to Chicago for his surgery. I read this book once then sat it aside. Then a week later I started Book 1 in this series Tanner's Promise, then moved into what just might be a movie soon, Luke's Gift, then I re-read Judd's Vow. Why you ask? So I could enjoy the gift of the Harlow brothers and the love they have given not only to their step-sister Maddie but to the loves they have found along the way and to the people of Marietta, Montana. And yes to us the readers.
Read more
Helpful
Report abuse

Shari B
5.0 out of 5 stars Loved Judd!!!
Reviewed in the United States 🇺🇸 on February 7, 2019
Verified Purchase
Heart warming romance between Judd and Savannah. Judd is a local pilot that has agreed to fly Savannah and her son, Wyatt to Chicago for surgery. Savannah is young single mom, who is very strong and will do anything for her son. Judd,has just moved to Marietta to help care for his young half sister, Maddie. Neither are looking for a relationship, until they are put together with two young children.

Judd, is my everything. I have been waiting for this story since the last book and he did not disappoint me. He is so strong and family is everything to him. Loved his farm with animals. Such a big brother to Maddie. Savannah,is such a devoted mom to Wyatt and needed her HEA!!

All I can say is this is a must read, including the whole series. Love the Harlow brothers, their mom would have been proud of the men that they have become.

Barbara M.
4.0 out of 5 stars Heartwarming
Reviewed in the United States 🇺🇸 on May 22, 2020
Verified Purchase
This is a very nice story about Judd and Savannah, two individuals drawn to each other, yet dealing with issues from their pasts. Great characters, a nice location, and a HEA. Once again, could have done without the bad language.
Read more
Helpful
Report abuse

Di Ann Hyde
4.0 out of 5 stars Nice characters, nice read.
Reviewed in the United States 🇺🇸 on July 4, 2020
Verified Purchase
Enjoyment. This is a nice romance, well written and this of COVID 19 it was a nice, happy read.
Read more
Helpful
Report abuse

Amy L Cacace
5.0 out of 5 stars Wonderful end to the series!!
Reviewed in the United States 🇺🇸 on February 7, 2019
Verified Purchase
I loved all of the Harlow brothers. Each one was unique in his own way, but all of the stories were filled with love and a great message. I really loved Judd’s story. You can’t help but root for happiness for both h and Savannah. And as always, Maddie is a great character. I really recommend this whole series! I’m sad it’s over, but I’ll always look forward to the next books from this author.
Read more
Helpful
Report abuse

T.A. Fisher
5.0 out of 5 stars Beautiful story
Reviewed in the United States 🇺🇸 on June 28, 2020
Verified Purchase
Such a beautiful romance of two people whose imperfections and past family woes make them perfect for each other, if they are willing to take a chance.
Read more
Helpful
Report abuse