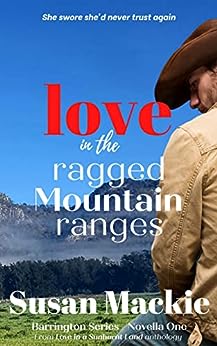 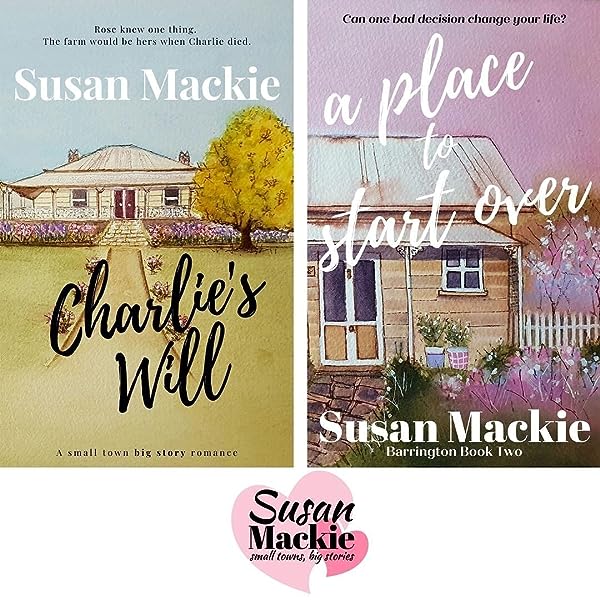 by Susan Mackie (Author) Format: Kindle Edition
Part of: Barrington Series
See all formats and editions
Sorry, there was a problem loading this page. Try again.
A small town romance novella, the first in the Barrington Series. (Originally published in Love in a Sunburnt Land anthology).

Buying the old courthouse near the Barrington Tops ragged mountain ranges was a fresh start for Nicole and daughter Lucy. Renovating the run-down building into a home and B & B accommodation would help them recover from the trauma they had endured. Nik promised Lucy it would be just the two of them. Always.
But the removal truck getting stuck in the driveway on the first day threw them into neighbour Robbie’s path. He sorted the problem, then returned with son Harry to help them unload. Nik instinctively liked him, but she couldn’t trust her instincts. And more importantly, she vowed to keep the promise she’d made to Lucy.
Read more
Previous page
Next page

Susan Mackie is the author of Amazon best-selling novel Charlie's Will, the first in the Barrington Series. Book Two - A Place to Start Over is ready for release now. Susan writes romance novels filled with vibrant, authentic characters and a touch of mystery, set in Australian country towns. Oh, and there's often a horse or two, and maybe a dog, in her stories. This is her first novella and anthology participation. Susan also edits and publishes for other authors, under her Small Town Publishing imprint. Susan has two grown daughters and lives in Warwick, Queensland, with Bloke. --This text refers to the paperback edition.

Susan Mackie grew up on dairy farms in Victoria and then New South Wales (Australia); believed all kids had chores to do; rode horses and motorbikes, mustered and fed cattle, drove tractors and built cubby houses in hay stacks.

After working in three major cities and four rural regions Susan now lives, loves and writes in the small city of Warwick, Queensland.

A Place to Start Over is the second in the Barrington series; a follow up to her successful first novel Charlie's Will. Love in the Ragged Mountain Ranges is Barrington Book Three - A Novella. (Originally published in the Love in a Sunburnt Land anthology).

There are 0 reviews and 17 ratings from the United States

R A
5.0 out of 5 stars good read
Reviewed in the United Kingdom 🇬🇧 on April 19, 2022
Verified Purchase
Thought this book was brilliant only short but had a big impact good follow on from her other books well thought out snd enjoyable
Read more
Report abuse

LucieQ
5.0 out of 5 stars How special to have a neighbour like Robbie.
Reviewed in Australia 🇦🇺 on December 23, 2021
Verified Purchase
Nik and her daughter Lucy are in for interesting times. Renovating their new home and meeting their neighbour is just the beginning. An enjoyable read you won’t want to put down.
Read more
2 people found this helpful
Report abuse

Amazon Customer
5.0 out of 5 stars Aussie Rural Romance
Reviewed in Australia 🇦🇺 on December 24, 2021
Verified Purchase
Just loved this light Aussie romance that had wonderful characters and a feel-good ending. Highly recommend.
Read more
One person found this helpful
Report abuse
See all reviews
Report an issue
Does this item contain inappropriate content?
Report
Do you believe that this item violates a copyright?
Report
Does this item contain quality or formatting issues?
Report