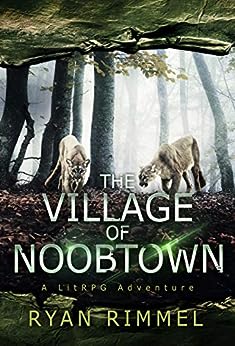 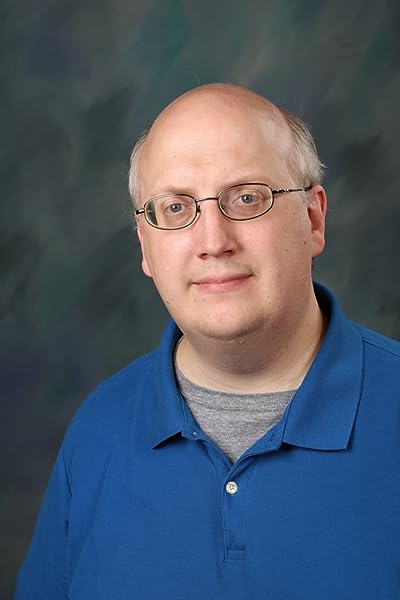 by Ryan Rimmel (Author) Format: Kindle Edition
Book 2 of 7: Noobtown
See all formats and editions
Sorry, there was a problem loading this page. Try again.
Well, it could be better. Jim and his literal shoulder demon have survived, so far, by the skin of their teeth. After finding a long-abandoned starter village, Jim has begun the process of rebuilding his town. Unfortunately, for our favorite adventurer, the threats he now faces are far more complicated than mere monsters. The poor Noob has to deal with angry townsfolk, trade negotiations, and a talking badger.With goblins and bandits also sniffing around, will Noobtown, I mean Windfall, survive?
Read more
Previous page
Next page

Ryan Rimmel is the author of the Noobtown Series, available on Kindle and published by Podium Publishing on Audible. He is currently working on the second arc of Noobtown (books 5 - 8), which further expands the adventures of Jim on Ordinal.

When he is not writing, he is playing Dungeons and Dragons, upgrading his computer, or, doing other dorky tasks. During the day, he can be found maintaining the fleet of medical robots he is responsible for.

Get alerted on new releases, promos and more by following Ryan on Facebook or Patreon. And for those audiobook lovers, don’t miss Johnathan McClains incredible performance of Noob Game Plus here on Audible.

He can be reached at ryan.rimmel@gmail.com or on Facebook at Noobtown - Books. Before anyone asks, he is always working on the next book.

Lonnie-The GreatNorthernTroll-Moore
VINE VOICE
5.0 out of 5 stars A seriously good follow-up to the Mayor of Noobtown!
Reviewed in the United States 🇺🇸 on November 15, 2022
Verified Purchase
What a great follow-up to the first book. I love it when the second book in the series is just as mesmerizing as the first book.
Jim is up to more shenanigans. Discovering a random spell scroll on a dead goblin he learns his first spell, whereupon Jim can now throw fart spells at the enemy 😆. Jim also needs to set up a trade route which will bring in some much-needed funds for the village occupants. But first the route has to be cleared of monsters and bandits. And how could I forget Badger Lord a honey badger, a pet companion that actually believes Jim is his pet... I seriously love this pig headed companion, that don't give no eff's!
Read more
Helpful
Report abuse

Core
4.0 out of 5 stars A good solid sequel
Reviewed in the United States 🇺🇸 on April 25, 2020
Verified Purchase
The cover art still detracts from the story, its so generic that its painful.
When I first saw the cover for the sequel, I facepalmed, thinking really?! But it does maintain that "generic looking consistency".

The cover also, is related to the content of the book. It's not as cool as the description you get in the book, of whats happening, but it is related.

The only detractor, was at certain points in the book, the MC, seemed liked he got "stupider" than he was in the first book & he suddenly had qualms about killing. Really? like, in the context of things, Ie, the Bandits?
What was happening during this one scene... to me, it made no sense as a man.. I literally rolled my eyes, and got upset at the MC. (I'd like to use some more adult language, but amazon frowns on that)

Speaking of adult language, the book has that in spades, in appropriate context for the most part. The humor is definitely adult. But once again, no "adult situations"... I wasn't terribly distraught about that, but at the same time, it bummed me out. The MC seems waaay to hung up on his previous wife. I get that he cares, more power to him, but its time to move on, bang a cute goblin, a cute wizard, a cute huntresss.. maybe he can get em all together or something? okay, that would be ridiculous but efficient time wise.

There are these hints.. in the book that SueLeeta, the huntress has the hots for our MC, but its also alluded to that she's been with the axeman, so, I'm glad the MC does have some moral scruples, but sometimes he leaves me really scratching my head, at his choices.. a lot of times. I guess you could say their "plot twist".. over all it works out decently enough.

The rules of the world he's on do get expanded on quite a bit.. Which is really interesting. That's one of the biggest draws of this book, of this series, is that whole #Isekai genre right? B/c as you well know, our MC is on another planet, & the rules in that universe work waaay differently than earth. But in the best way, in a sense?

Overall I thoroughly enjoyed this read & the way the story has moved. Although in the second book, I was curious about what happened to the Warg/Goblin war that was supposed to happen.

I was also very curious about a certain situation in the book where supposedly "Half the goblin" forces were wiped out, out of like 1000, or 1500... then magically it some how doubles again when the goblins are trying to do a certain something something. That made no sense & was not explained in the book if I recall correctly.

Things that keep this book from being 5 stars are just a few minor details:
I found more word omissions/spelling errors through out the book than expected. It didn't detract from the story, but they were noticeable. The first book had some to.

Like I said this series really really needs some cool well done illustrations of enemies, character designs, world, etc. Just some B&W stuff to help with the sense of world & economy...
The author could get more detailed, but that would probably hurt the pacing of the book, which is really good for the most part.
I wanted to see more happen from a character named Kappa. I thought he was one of the cooler characters in book 1.

TL:DR I'm happy with my purchase, of the second book. The series so far, has been a pretty good romp.
Read more
2 people found this helpful
Helpful
Report abuse

P. A. Kerrigan
3.0 out of 5 stars Ridiculously entertaining
Reviewed in the United States 🇺🇸 on December 4, 2022
Verified Purchase
This is not great literature, but it is great fun. Between terrible privations and absurd situations Jim makes progress in improving his skills and restoring Noobtown, even if at times he must be prepared to lose everything. At the end he succeeds in defeating the goblin army and an internal threat.
Read more
Helpful
Report abuse

D Scott
5.0 out of 5 stars Fun read
Reviewed in the United States 🇺🇸 on September 29, 2022
Verified Purchase
Great MC with fun companions. Enough stats to be LitRPG without getting bogged down. Lots of good laughs mixed in with adventuring and strategy. Looking forward to the rest of the series
Read more
Helpful
Report abuse

Amncetum
3.0 out of 5 stars Interesting story and system.
Reviewed in the United States 🇺🇸 on February 21, 2022
Verified Purchase
I appreciate the MC not being some lucky guy who rants about power and all he's done like some Ayn Rand tripe. While working with others and building a town. The community and town building plus party forming are a welcome change.

At least the weird off putting sparky system trope isn't as heavy handed as a lot of books.

Now the fart jokes, chefs kiss, are just hilarious. They pale in comparison to Lord Dookie who we could use more of, Dookie means poop! Add a little Princess Knockers.

I want to give this three stars due to spelling errors, well correctly spelled words in the wrong places. The earth words "differences" they're like 99.99% the same words, including mayonnaise but not yards, they're logs.

Still gonna give it four stars mainly for the MC not being a sociopath and for you not just giving him infinite power immediately due to luck. I liked the subversion in the first book with the class selection and defeating the demon for a trillion exp but it having a cap. Weirdly though the cap was later removed for a trap but whatever.

A lot of LitRPG authors need proof readers to catch correctly spelled words that are incorrect in the sentence. Takes me right out of the immersion.

Translate all reviews to English

Koishi69
5.0 out of 5 stars Is preferable this one then the first
Reviewed in the United Kingdom 🇬🇧 on May 4, 2022
Verified Purchase
Really enjoying this book. Look forward to the next which I believe I am about to read. Hopefully as much humour in next one as this one. Issue with being a reader or author is that the humour connects. If the book is not enjoyed by the reader it just means the reader-author were ill matched. Thank you for your stories so far. :)
Read more
Report abuse

Cliffe
5.0 out of 5 stars Just as good as the first book.
Reviewed in the United Kingdom 🇬🇧 on August 10, 2019
Verified Purchase
I have to say, I really enjoyed the first book in this series and as I had hoped, the second book is just as good as the first one. I had actual snorting and laughing out loud at this one. Getting the boils harvested is one of the funniest scenes I have read since Guards! Guards! by STP. Only one spelling mistake that I found and I am really looking forward to the next in the series. Bring it on!
Read more
One person found this helpful
Report abuse

Chaz.
1.0 out of 5 stars Fit for 11 to 15 year olds
Reviewed in the United Kingdom 🇬🇧 on March 23, 2022
Verified Purchase
Interesting world but endlessly childish humour and a main character who actually is an idiot. Can't take anymore.
Pity really.
Read more
Report abuse

GeoffC
5.0 out of 5 stars Great read
Reviewed in the United Kingdom 🇬🇧 on August 6, 2021
Verified Purchase
Enjoyed the first and this was equally as good, I love the humour and the characters are building.
Great work
Read more
Report abuse